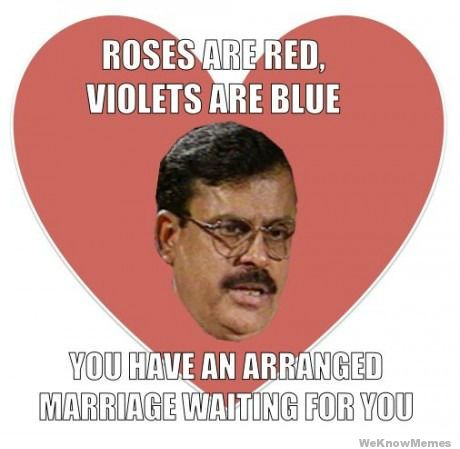 I am not the biggest fan of relationships, and definitely not marriage. I don’t vouch for my fidelity and I definitely have trust-issues with the men I date. I don’t think it says anything about me or the men I have got the chance to cross paths with (who lock their phones around me!); it’s the age we are born in. We have Whatsapp, Facebook, Thrill, Tinder, Kik; our divorce rates and life expectancy have increased. We get just too many chances to mess up but it also means we have just as many chances to get it right. So when asked to write this post, I chose to write about Monogamy and whether or not it’s even practical or is it but a theory or is this theory even practical.

So, if you get the jitters when someone talks about your marriage or if you have been cheated on one too many times, maybe you are cynical about the idea of soul-mate; and happy endings to you are walking away; or if the thought of your partner hanging out with his/her ex-es infuriates you yet you do the same, if you feel lonely in his/her presence sometimes or if you are the player in the group…I believe this post is going to hit close to home.

I might come off as a cynic but trust me I am not, I am just too aware of what’s going on. No one wants to settle with what they have or what they get or what they adored 3 weeks ago. I mean I am in favour of Monogamy, ask the men I have been with. I get all girl-retarded when I think they are cheating on me.. but I do have my moments too, regretfully. But then I am honest and transparent, and I doubt men are. I asked my guy friends if they think Monogamy is feasible, they said hell no. One of my guy friends told me “Don’t get attached. When you do, you get hurt. Love infects you, you need to have Anti-Virus.” I have seen my guy friends tell girls that they LOVE them, in the same day that they slept with another woman in the back of their car.

When I ask my girl friends, the answer is the same; obviously coated in somewhat hope that this ideology could work for them. And no, my friends aren’t whores, and no, I didn’t ask my expat friends. This coming from Indians is a big change. Foreigners are born cringing at the whole thought of monogamy/relationship/marriage (most of them); Indians on the other hand, are born to get married one day… preferably in their 20s.

For instance, When I began dating this guy, my friends prepared a mine of raillery against my devotion. There were times, they playfully talked about my marriage and honestly it was not even close to funny and now I wonder why I didn’t enjoy it.. I would love the stable presence of a guy I like in my life but Marriage subconsciously registers Monogamy and I doubt if it’s realistic. While I write this, I am sitting with a married friend of mine and he is disturbing me with weird sounds he is making to attract a 2 year old kid (who is annoying his beautiful mom) in this coffee house and when I asked him – why does he even like kids; he answered nonchalantly, with zero guilt – “To cajole the cow, you have to cajole it’s calf.” This is EVERYWHERE. No one is satisfied with what they have. Is grass really greener on the other side? Or have we stopped watering ours? Is it because our partners don’t give us enough space? But space for WHAT, is the question. Or do we walk out on the road, comparing different people to the one we are seeing/married to. Are we the type who goes to a restaurant and likes what the table next to theirs has ordered than the chilli chicken we are paying for?

But then won’t we all like Aston Martin? But then would you trade your car for it? I wont, I am attached to mine. Hah, It’s a lie. I would. I am infected too. We all are, we don’t value emotions, attachments or connections as much as we do the thrill, change and something new to discover.

The problem I saw in a lot of 30 something single men/women is they are all waiting for a miracle instead of being a miracle. Everyone says they would make such a great partner but they just have not found the right one yet, So who are all those different women/men every night of the week? Friends? Who are these people that tag pictures with you on Facebook? Friends?

A 40 something expat friend of mine just broke up with his 2 years girlfriend, I asked him if I could maybe help. His answer was – “You know the nights are great.. but I feel lonely and bored with her on a certain Sunday Morning or Monday nights.” That’s the thing, we give up. No one is chagrined or surprised by the conclusion of their relationship with someone. No one is anymore taken aback when it doesn’t work out. We don’t try to make it work anymore. We don’t make amends, we TRY to move on instead. We advise our friends the same.

When a guy asks me, anymore, if we could be exclusive.. the first thing I say to him is “Don’t cheat on me.” But why do I pre-conceive that he would, when I could cheat just as well? Why are we cynical when it comes to being vulnerable or opening up? Why do we think the worst of the future situations? Maybe because we know our tastes change, maybe because since birth we loathe the idea of having to wear a certain uniform to School.. because it gets boring and bland after a point of time.. and then we fold our socks to our ankles and roll up the sleeves. And then there comes a point in every relationship when romance gives way to reality; it just depends what your time period is.. or what we call expiry date.

So, maybe it’s time we stop being so hard on our partners, people that we address as Players, and on Kristin Stewart, Ashton Kutcher.

Polygamy is so well-registered in our heads now that if a girl meets a cute guy, they literally don’t wake up expecting a text next day. Guys are not boyfriends anymore, they are just somebody you are trying on. I don’t know if these are the fences we create around our hearts of zero expectations to protect ourselves from getting hurt by one of the so many frogs we kiss.. or have we found our new religion in Polygamy and we are practicing our newly fostered faith… or if it is but the generation and circumstances that are making us to?

It’s obviously because we do have a lot of fish in the sea and with all this technology, age of hookups, friends with benefits and online dating, we got access to the whole damn ocean! So how do we expect people to pair up and stay monogamous until death do them apart? As much as I would love to, I know it is not possible.

But what if I don’t want one of the fish… what if I want my Shark?

Now you’d say – there are plenty of sharks in the oceans too.